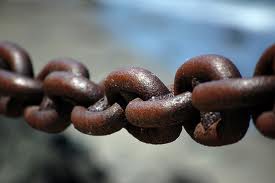 Peter Leithart encourages us to tear a page out of Bible. Which one is it? Well check here to find out.

Kevin DeYoung reminds us that Calvinism does not make us cranky. Pride does.

Thabiti Anyabwile shows the various ways faith is shown in Hebrews 11. I really enjoyed this list. He makes a good point that real faith always expresses itself, but does so in many different ways.

Finally, here are some good words by D.A.Carson about his father. It struck me to the core and made me ask, yet again, what type of heritage am I leaving behind?

I have already discussed the need for Biblical law and Biblical judges. Now I want to turn to some specific changes that should be made to the American judicial system based on the Scriptures. The first change may seem odd, but I think it is essential.

Listen to the words of Deuteronomy 19:18-20
“And the judges shall make careful inquiry, and indeed, if the witness is a false witness, who has testified falsely against his brother, then you shall do to him as he thought to have done to his brother; so you shall put away the evil from among you. And those who remain shall hear and fear, and hereafter they shall not again commit such evil among you.”

One problem with the American justice system is the failure to punish false witnesses. I would put those who bring frivolous lawsuits in the category of false witness. A man can bring a charge, ruin someone’s reputation, spend thousands of dollars of taxpayer money, and get away free, even if he loses the case and is shown to have lied. I know their are perjury laws, but these do not compare with the Scriptures required punishment for  bearing false witness. The Scriptures place bearing false witness on par with adultery and idol worship. It is not a minor issue to lie about someone’s character or about what they did. Therefore if a case is brought and someone is found to be lying or purposely trying to destroy a company or individually by deceit then whatever they wanted to happen to that company or person should happen to them.

Adopting this policy would do two things. First, it would greatly reduce someone’s desire to bring frivolous lawsuits or to press charges when they are unsure of the other person’s guilt. You are not going to testify against someone unless you are sure of what you are saying.  Two, it would give innocent defendant greater confidence that they will hear a not guilty verdict. When the incentive to lie is taken away the innocent are usually set free.