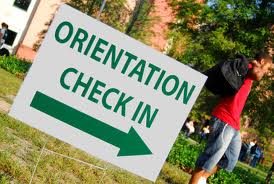 Eschatology is the study of last things or the end times. Eschatology includes the study of heaven and hell, as well as related subjects. Over the last two hundred years, an interest in eschatology has skyrocketed. This has produced three basic views of the history of the world and the reign of Christ on earth. A primary way of identifying these various eschatological beliefs is the use of the term “millennium.”  Millennium refers to the 1,000 year reign of Christ mentioned in Revelation 20.  Two questions are answered by these views:  When does Christ reign and is his reign literally 1,000 years? Below are the three basic views of this millennium. These are necessarily simplistic, but should give you a general perspective on each.

1.      Pre-millennialism is the dominant view of the end times in American churches today. This view basically says that the world will be slowly overcome by Satan until eventually all that is left is a remnant of believers. At this point Christ will return and set up His millennial kingdom here on earth.  For pre-mils the ethnic Jews figure prominently, as Christ will return to fulfill all the OT promises to Abraham in a  literal way. Thus Israelwill literally dwell in the land and the Templewill be rebuilt. The “pre” means Christ will return before the Millennium.
2.      Amillennialism is the belief that there is no millennial kingdom here on earth. Good and evil will both grow equally throughout time, until the world ends.  Christ reigns right now in the Church, but the picture in Revelation 20 refers to Christians ruling with Christ in Heaven, not to any type of ruling here on earth.
3.      Post-millennialism is the final position.  This viewpoint sees the Kingdom of Christ growing in time and history through the preaching of the Word, suffering of believers, and discipleship. This viewpoint says that Christ will return after His Kingdom has already been established on earth.  This viewpoint does not see the total eradication of evil, but does see the nations being brought to Christ and there being a glorious kingdom here on earth. Some post-mils see this as a literal 1,000 years at the end of time. Others see the 1,000 years as symbolic.
There are a couple of other ways of looking at this. One way is to ask does a person believe the Kingdom of Christwill eventually cover the earth. Is their eschatology optimistic about the growth of the Church in history? Or does the person believe things will get worse and worse or stay basically the same? Everyone believes Christ wins in the end. The question is does He win in time and history.
One can also use the parable of the wheat and the tares found in Matthew 13 to illustrate the three views. A pre-mil would say that when Christ comes there will be very few wheat and lots of tares. An a-mil would say it will be around 50/50, an equal number of wheat and tares. A post-mil would say that when Christ returns there will be a whole lot of wheat and a few tares.