The End of the World? 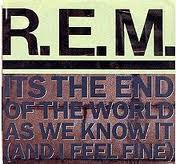 It is commonly assumed that “last days” and similar phrases in the New Testament refer to the end of the world or the tribulation prior to the end of the world.  This assumption is so thoroughly ingrained in our thinking that to say we are living in the last days means the end of the world is near.  But does the Biblical data actually back this up? Does the phrase “last days” actually mean the end of the world? I want to look at some key biblical phrases that we usually think refers to the end of the world. I want to examine them in their context to see if our common interpretation of these verses is correct.
“Last Days”
Let’s begin with Acts 2:17.  In Acts 2 the Spirit has been poured out in tongues of fire and the believers in Jerusalem have begun speaking in other languages.  This causes some bystanders to accuse them of being drunk. Peter refutes this claim and says this:
But this is what was uttered through the prophet Joel: “‘And in the last days it shall be, God declares, that I will pour out my Spirit on all flesh, and your sons and your daughters shall prophesy, and your young men shall see visions, and your old men shall dream dreams;
(Act 2:16-17, ESV)
Peter tells the people at Pentecost that speaking in tongues and the pouring out of the Holy Spirit are a sign that the last days have begun.   Verse 33 clearly backs up this interpretation. According to Peter the “last days” have begun.  Peter’s sermon makes plain that Joel is beginning to be fulfilled right before their eyes. The prophets saw a time, which they called “the latter days,” when God’s Kingdom would be exalted and his people restored. Peter says this time began with the Ascension of Jesus Christ and the pouring out of the Spirit.
Here are some other New Testament passages referring to the “last days.”
Paul says this in II Timothy 3:1-5,
“But understand this, that in the last days there will come times of difficulty. For people will be lovers of self, lovers of money, proud, arrogant, abusive, disobedient to their parents, ungrateful, unholy, heartless, unappeasable, slanderous, without self-control, brutal, not loving good, treacherous, reckless, swollen with conceit, lovers of pleasure rather than lovers of God, having the appearance of godliness, but denying its power.”
Many, many New Testament commentators make this passage refer to the end of the world.  This has been a key verse to show that as the end gets near men and women will become more wicked. However, at the end of verse 5 Paul tells Timothy to “avoid such people.” He goes on to say in verse 6 that these people creep into households and capture weak women. He says in verse 8 that these men, just like Jannes and Jambres, oppose the truth. But they will not get far because their folly will be manifest to all. (verse 9)
The last days in II Timothy 3:1 are not coming. They are here. Timothy is living in them.
Hebrews 1:2 is one of the clearest passages on the last days beginning with Jesus Christ. Here is Hebrews 1:1-2
Long ago, at many times and in many ways, God spoke to our fathers by the prophets, but in these last days he has spoken to us by his Son, whom he appointed the heir of all things, through whom also he created the world.
The writer of Hebrews states it as plainly as possible. When Jesus took on flesh the last days began.  The old covenant days were gone and the new covenant days had come. The end of the world began with the birth of Christ.
James 5 contains several references to the last days and the coming of the Lord. I will examine this passage later when I look at the phrase “the coming of the Lord.”
II Peter 3:3 is another reference to “the last days.”  The entire passage needs careful attention and exegesis. What many commonly think it teaches, the end of the world, is debatable. However, the main point for the current discussion is that Peter says that scoffers will come in the last days.  And these scoffers already existed at the time Peter was writing. These scoffers are false teachers. (See II Peter 2) These scoffers are men who are saying, “Where is the promise of His coming?” (3:4) These are not men who will show up at the end of the world. These are men who existed when Peter was writing. He is telling his readers how to combat these false teachers.  So once again “last days” does not mean the end of the world.
Those are the only five (including James) references to the last days in the New Testament. It is possible that James refers to the end of the world, but the other four plainly do not.  But what about phrases like “last time,” “last hour”, etc.?  Maybe verses like these refer to the end of the world? We will look at a few more of these passages the next week.