The Antichrist in John’s Epistles: Part I 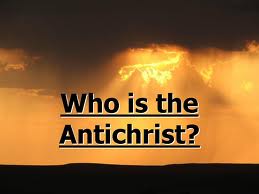 What Does the First Amendment Prohibit?

Pastor Leithart commenting on I John 4:1, “ Beloved, do not believe every spirit, but test the spirits to see whether they are from God”
“We live in a dazzling carnival of religious options. You can find a hundred and one varieties of Christianity, anything to suit your taste-classical Christianity, country Christianity, crunchy Christianity, be-bop Christianity and hip-hop Christianity. And that’s not even to mention the hundreds of NRMs-New Religious Movements-invented every year in this country. Our culture wants to persuade us to just accept it all: let a thousand flowers bloom. Celebrate the diversity and richness and variety of the American religious life. Above all, make no judgments. Don’t examine, test, judge.  That is the main thing the first Amendment prohibits, which, freely paraphrased, says, “Thou shalt not test the spirits.”