I grew up watching college football.  Sometimes when I am just sitting and thinking, my mind will drift back to Saturday afternoons with my father and brother. We would sit on the couch, drink soda, eat chips, and watch the SEC or the Big Ten or whatever else was on. It did not matter who was playing. It was football and we loved it. We would all go out and throw the football in the backyard during halftime. There is a glow to those days for me. I loved them and still do.

But times have changed. Or maybe I have changed. Or maybe when you are twelve NCAA sanctions just do not matter.  Whatever the case, the world of sports in general and college sports in particular has been rocked by scandal after scandal over the last ten years. Here are few: Jim Tressel removed at Ohio State, The New Orleans Saints paying players to injure other players, numerous examples of players being paid to play in college, the steroids scandal in MLB, the New England Patriots taping other teams practices, etc. etc.

Besides these things you have many examples of behavior that is not illegal, but sinful. For example, Lebron James had a one hour special on where he was going when he left Cleveland for Miami. The Bible has a word for that; pride.  Lane Kiffin, along with numerous other coaches, make promises to schools and recruits and then break those promises for more money. They are whores who go to the john who will give them the most money.  We could go on and on . Sports, like America in general, bows before the idols of money, power, and pleasure. Maybe this has always been the case, but it seems worse now.

This past Monday the NCAA gave Penn State $60 million in fines, cut their scholarships significantly, put them on five years probation, and had them vacate all wins from 1998-2011. It is also apparent that the victims are going to sue Penn State for millions of dollars. This is a perfect example of non-justice. What happens in situations like this is the innocent are made to suffer for the crimes of others. There are several points I want to make.

First, a friend of mine has said that corporations do not make decisions. People do. This is true. Penn State the school cannot be blamed. The men who committed the crimes and covered up the crimes are the ones who should be tried and convicted. We love to do this in our culture. Let’s blame the media. Let’s blame the bank. Let’s blame the government in general. The Scriptures teach that people are to blame. That does not mean institutions cannot be corrupt. They can be. But  they are corrupt because corrupt men run the show.

Second, the NCAA has just caused thousands of innocent people, students, teachers, athletes, residents of the community to suffer for crimes they had nothing to do with, did not know about, and could not stop. In the name of justice they have condemned the innocent. The Scriptures explicitly forbid this. The NCAA should have encouraged Penn State to come up with some way of helping the victims. One person suggested a portion of proceeds from tickets should go to a fund for the victims. There are other things Penn State could have done. But the NCAA has guaranteed that despite one key player dead, another in jail, and numerous others disgraced this crime will live on and on. Penn State cannot put this behind them. It is hard not to view this as revenge instead of justice.

Third, the NCAA is supposed to police illegal activities involving football.  They have stepped outside of their jurisdiction by dealing with criminal activity. Why? There was political pressure for the NCAA to “do something.”  Instead of having a backbone and saying that this did not involve them, they bent to the pressure.  What is odd, is that the NCAA often refuses to act when there are illegal football activities. For them to act here is absurd. Here are couple of articles that make that point; Stewart Mandel, Tim Keown and Andy Staples. It is odd that NCAA refuses to punish where it has jurisdiction and punishes where it has none.

Fourth, what Jerry Sandusky did and the cover up by Penn State officials was wicked. Sandusky deserves to be executed for his crimes. Joe Paterno is dead and his memory deserves to be effaced.  Recently Penn State removed a statue of him. That was the right thing to do. He knowingly covered up a wicked act. He does not deserve praise or honor. Nothing in this article should be taken as condoning the crimes committed or saying the men deserved an easy sentence. But apparently Sandusky going to prison and Paterno being disgraced is not enough. Someone else must pay.  And that someone is all the people at Penn State.

Finally, I love sports. I love playing football and basketball. I love a perfect fade route for a touchdown, a home run in the bottom of the ninth, a slam dunk that thunders throughout the gym, or a breakaway goal for a score.  But sports like the rest of America is filled with godless men and women who use their authority, power, and fame to puff up themselves and destroy those around them.  Yes, there are some good men in sports. Men whose use their job to serve others instead of themselves. But sports, like the rest of America, is rotting from the inside out. The answer, as always, is Christ. Legislation will not keep what happened at Penn State from happening again. Only repentance can solve our problems. 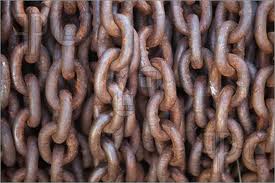 Here is a good list by Keith Mathison on what books to read when someone becomes a Calvinist. Not all of them are great, but most are.

The homosexual issue continues to reach a fever pitch in churches and denominations here and in Europe. Kevin DeYoung, whose denomination is weak on this issue, tells us why many denominations will not survive the homosexuality crisis. His appeal here is a good one. Tell us where you stand and let those leave who want to.  I am not sure he will be heeded, but it would be nice if someone would listen.

On the same issue, Voddie Baucham explains why sodomy is not like slavery. Pro-homosexuals love to use this analogy. But it is flawed in several ways. He focuses especially on gay marriage.

Finally, here Russell Moore weaves together two major themes of the Gospel, love and war, and shows how Satan has plagiarized them through video games and pornography. It is a great post.  Not just for what he says, but for how Moore attaches his critique to the Gospel.