The Empire is Dying 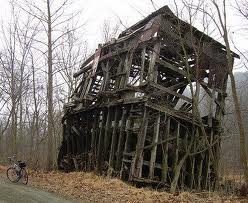 On Tuesday night I went to bed at 10:05. I did not stay up late. My heart was not overly concerned about the outcome of the election. I woke up Wednesday morning, started a fire in my fire place, read my Bible, checked the internet to see who won and then began my day.  I was discouraged by President Obama’s win, but only a little bit. What was most discouraging for conservatives was the margin of victory. They felt that Governor Romney was a better candidate than John McCain. They also felt that the last four years were terrible in so many ways. Therefore they could not see how a majority of Americans would re-elect President Obama. But they did and by a large margin. Here are some of my observations from the election. It is a rant of sorts.  It is probably overly pessimistic. But it won’t do Christians any good to sit there and pretend all is well in a country where President Obama is the most popular man on the ballot.  Later I will put up another post, which will be more optimistic, about what Christians can and should do in the coming days. I do not say much about the Church and her role in this debacle. That will come more in my next post. By the way, I am not saying that Governor Romney would have done better than President Obama.

1.      Jesus is still Lord. All this happened because the Triune God thought it was best for his glory and for the good of His people. If we don’t believe this we should close our Bibles, shut down our churches, and go home.
2.      Jesus is still Lord. That means we have a job to do as Christians. We are supposed to disciple the nations (Matthew 28:18-20). Jesus is Lord does not mean we sit by and say, “Whatever will be, will be.” More on this later.
3.      Christians are entering a situation where the teachings of Scripture will treated with increasing hatred by both parties. Democrats already hate the Bible. At least some Republicans are blaming Governor Romney’s loss on the abortion issue and gay marriage. Christians will be increasingly marginalized, hated, cast out of positions of power, and blamed for what goes wrong. I am reminded of Carl Trueman’s quote that those who hold to Christian sexual ethics will eventually be looked at as white supremacists. Are we ready for that? If the last couple of decades are any indication the answer is no.
4.      This is a fight to the death. The pro-sodomite, pro-abortion, pro-sin crowd will not go quietly into the night. We are not sitting on our back porch drinking lemonade with men we can agree to disagree with. We are on the front lines of a battle.  They will slit our throats, watch us die, and dance on our graves. I am not encouraging Christians to be mean and cruel.  I am just reminding them that this is a battle, not a tea party.
5.      President Obama’s win shows the moral corruption of our country. We are a country that wants a blood thirsty, sodomite loving president, who will steal other people’s money and give it to us. We want a president with no moral compass.  Isaiah 1:5-6 comes to mind.
6.      Slavery has not ended. It has just become voluntary. We are a country that wants to be enslaved.
7.      Popularity and style rule over substance. We live in a land of celebrities and we want our President to be one as well. President Obama built his campaign by appealing to men like George Clooney and Jay-Z. His policies matter less than his personality.  We like him and he is cool so we vote for him.
8.      Truth has been sacrificed on the altar of self-preservation, personal advancement, and personal pleasure. The President does not care about what is true.  Apparently neither do a majority of the American people.
9.      All empires die. America is no exception. Mel Gibson’s gory movie Apocalypto opens with this quote, ““A great civilization is not conquered from without until it has destroyed itself from within.”  America is destroying itself. That is all she can do if she leaves God. To leave God is to choose cursing, destruction, and death.  It may be 4 years or 40 years, but if America continues down this path there is only one possible outcome. You reap what you sow and God will not be mocked.
10.  The two greatest influences in this country are popular culture (movies, T.V., radio) and public education (K-12 and at the college level).  These are the institutions that shape and form our culture. All of these are, for the most part, dominated by those who hate God. Do we really think that millions of men, women, and children can watch Modern Family , listen to Justin Bieber, and get sex education at public school and still make godly decisions? Here is where Republicans and many conservative Christians are fools. Republicans think they can win by focusing on the halls of congress and on the ballot box. Conservative Christians often think the same thing. But the people’s hearts are being won through movies, songs, and public education. When they get to the ballot box they vote their heart. On Tuesday we saw the heart of this country.

2 thoughts on “The Empire is Dying”