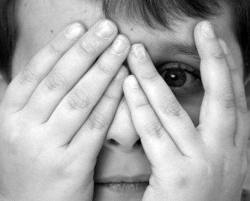 When a book on pastoral ministry has a chapter entitled “Dirty Secrets” the expected topic would be sexual sin. Sex and secrets typically go together. And unfortunately, sexual sin and pastoral ministry too often go together as well. However, Paul Tripp does not talk about sex in his chapter titled “Dirty Secrets” in his book Dangerous Calling. So what is the dirty secret that often eats at pastoral ministry? Fear.  When I began pastoral ministry I did not consider fear something to be feared.  I assumed that I would be up to fight any and all battles. I would manfully march forward like John Wayne slaying every enemy. Time has proven me the coward more than I would like to admit. They did not teach courage in seminary.  But they should have. I was told I would need to know Greek and theology. But they failed to tell me I would need a backbone. By God’s grace I am getting one, but it has been a humbling path. So Paul Tripp’s chapter on fear was a very potent read for me.  Here are a few nuggets from this chapter. Though it is written for pastors, everyone can benefit from it.

Four Debilitating Pastoral Fears
1. Fear of me: “There are few things that will reveal the full range of our sins like ministry.”
2. Fear of others: “Because all people you minister with and to are still dealing with indwelling sin, relationships and ministry with them will be messy. People will hurt and damage your ministry.”
3. Fear of circumstances: “There is a constant unpredictability to life and ministry.”
4. Fear of the future: “You always live and minister in the hardship of not knowing…not knowing is difficult…we find questions of the future hard to deal with because we find it difficult to trust God.

How to Fight Fear
1. Humbly own your fears: “Fear is never defeated by denying its existence.”
2. Confess those places where fear has produced bad decisions and wrong responses.
3. Pay attention to your meditation: “Does God loom so large in your thoughts that you grow strong in faith, even in the middle of what is unexpected and difficult.”  Abraham’s example from Romans 4:18-22 is used by Tripp to illustrate this point.
4. Preach the gospel to yourself: “You need to preach a gospel that finds its hope not in your understanding and ability but in a God who is grand and glorious in every way.”