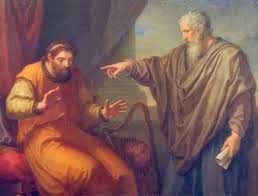 I understand that many of my readers will not get to read the books I do. It is one of the privileges and duties of pastoral ministry to read widely and wisely and to allow that reading to force one to think more clearly about various topics. Reading is an essential part of the task of a minister of the Gospel. When one loves something he does not keep it hidden. He wants people to see what he sees or in my case to read what I read. This is my justification for posting quotes and interacting with books on my blog.  I know many of you will not pick up Mark Jones’ book Antinomianism, but I still would like you to eat some of the meat I got from the book.  So here are a few more quotes from the book with some comments by me along the way.

I really wish Jones had brought in more contemporary writers/pastors to illustrate his points. I understand his desire to not be slanderous or create unnecessary strife in the body of Christ. But antinoianism is prevalent. I don’t think it would have been that hard to come up with other examples. I believe the only man he mentions by name is Tullian Tchividjian. Here is what he says about his book Jesus+Nothing=Everything.

His whole book is one lengthy antinomian diatribe, and it bears a striking resemblance to the content and the rhetoric of various seventeenth-century antinomian writings.

One of the new ideas introduced to me in Jones’ book was God’s displeasure with the sin of Christians.  Jones makes a good argument that God’s love for us as his elect does not exclude his displeasure over our sins. Initially this thought was jarring for me. Doesn’t God love me the same all the time? Is his love mutable? After thinking about it, the Scriptures do clearly show that at times God is displeased with his people. The three situations that came to mind as I read were David’s sin with Bathsheba, Christ rebuking Peter, and Hebrews 12:5-11. II Samuel 11:27 even says that God was displeased with David. God does rebuke us, even as Christians. This requires displeasure with our sin even after conversion. The block quote immediately below is from Jones while the internal quotes are from John Flavel.

Flavel argues that God must necessarily hate sin, even in light of Christ’s satisfaction. For the Christian, however, God loves the person. “His hatred to their sins, and love to their persons are not inconsistent.” Moreover, the antinomians fail to make a crucial distinction between “vindictive punishments from God” which are the effects of his wrath upon the non-elect, and his “paternal castigations,” which are the “pure issues of the care and love of a displeased Father.”

It is also interesting that Jones says the phrase “Love the sinner, hate the sin,” applies only to Christians. God does not love the non-believer, but hate his sin. I think this statement requires some unpacking, but it is true to the tone the Scriptures take. Before conversion we were God’s enemies (Romans 5:10). Jones quotes Psalm 5:5 as a proof text.

Assurance of salvation was a huge issue between the orthodox and the antinomians.

By and large, the antinomian theologians rejected the idea that believers may be assured of their justification by the evidence of their sanctification.

Those who have the strongest assurance are not necessarily those who are most righteous, but those most strongly believe they are justified.

One key part of the assurance debate was the tension between God’s objective promises given to us in Christ and our subjective experience of those promises. Do you emphasize both? Do you emphasize one to the exclusion of the other? Antinomians emphasize the first; the promises of God given to us Christ. Thus they tend to focus on sheer belief as the sign of true conversion. If one struggles with sin the answer is to believe more and more. In contrast to this, the Reformers and their heirs emphasized both. Joel Beeke, quoted by Jones, sums it up this way:

the “best resolution of the objective-subjective tension in assurance is that both owe everything to Christ, receive all from Him, and end with all in Him. In Christ, objective promises and subjective experience are complementary.”

Here is a similar quote from Richard Muller’s Calvin and the Reformed Tradition:

Beza like Calvin, “did anchor assurance in Christ and, specifically in union with Christ. Arguably the basic point made by Calvin and shared by Beza was that the basis for personal assurance is not Christ standing extra nos  in the sufficiency of his saving work, but rather the personal or subjective recognition of the effects of Christ and his work in the believer as the basis for assurance.”

The point made in Jones’s book and in these quotes is a vital one for true assurance. Too often when works are brought up as the basis for assurance in Christ one is accused of legalism. However in Scripture and in the Reformed tradition works are an essential part of assurance. If no growth is seen, if I am not seeing sin die in my life, if those around me cannot see me maturing in Christ then maybe I need to look at my relationship with Christ. There are dangers with over emphasizing works. But there are also grave dangers with not emphasizing them. These dangers are regularly ignored by antinomians, as if any focus on works and any attempt to lead a holy life are signs of a Pharisaical heart.

Here are two final quotes from Jones on assurance.

On the subjective side, obeying God’s commandments (I John 2:3-6), which necessarily includes loving God and his people (I John 3:11-24) cannot but aid the believer in the quest for full assurance. To deny this would be to overthrow the Christian religion.

The truth is, to the degree that a person fixes his or her eyes upon Christ, he or she will burst forth with gospel obedience. And obedience, if it is gospel obedience, cannot help but draw us back to Christ in faith, hope, and love. For this reason, the objective and subjective aspects of the Christian life are complementary and necessary.