Seeking the Lord in the Chronicles 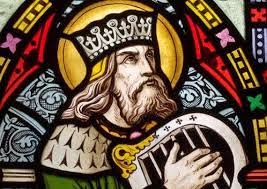 The Chronicles have always been some of my favorite books. Maybe I got that from my father, who loves the stories there, especially David’s mighty men.  As you study a book, you begin to recognize themes, threads that tie the book together. Chronicles has several different themes, but one that I did not anticipate was that of seeking the Lord. In the very first narrative section (I Chronicles 10:1-14) we see that Saul was killed by God because he failed to “seek guidance” from the Lord. So from the very start the author wants us to realize that one of Saul’s great sins was failing to seek God. David repeats this theme when he says that during the days of Saul men did not “seek” the ark of the covenant. Here are the two verses. The translation is ESV. The Hebrew word used is “darash.”

1 Chron 10:14  He did not seek guidance from the LORD. Therefore the LORD put him to death and turned the kingdom over to David the son of Jesse.

This idea permeates the book. After David’s failed attempt to bring back the ark he says:

Because you did not carry it the first time, the LORD our God broke out against us, because we did not seek him according to the rule (I Chron. 15:13).

In other words, David, just like Saul, had failed to seek the Lord before bringing back the ark.

The other uses of “seek” in I Chronicles are listed below.

1 Chron. 22:19  Now set your mind and heart to seek the LORD your God. Arise and build the sanctuary of the LORD God, so that the ark of the covenant of the LORD and the holy vessels of God may be brought into a house built for the name of the LORD.”

1 Chron. 28:8-9  Now therefore in the sight of all Israel, the assembly of the LORD, and in the hearing of our God, observe and seek out all the commandments of the LORD your God, that you may possess this good land and leave it for an inheritance to your children after you forever. And you, Solomon my son, know the God of your father and serve him with a whole heart and with a willing mind, for the LORD searches all hearts and understands every plan and thought. If you seek him, he will be found by you, but if you forsake him, he will cast you off forever.

All of these verses are David giving commands to people. In 22:19 he addressing the leaders of Israel and encouraging them to seek the Lord and be a help to his son Solomon. In 28:8-9 He is addressing Solomon as he prepares to take the throne. Notice that I have “searches” in bold in 28:9. That is the same word as “seek.” It gives us a better idea of what the word means. Those who seek God are not passive. They are searching for him, searching out his laws to see what he requires, searching for his face in prayer. Seeking God is not like wandering in the woods. It is like searching for hidden treasure.

Here are some other uses of the word in II Chronicles.

2 Ch 14:4  and [Abijah] commanded Judah to seek the LORD, the God of their fathers, and to keep the law and the commandment.

2 Chron 15:2  and he went out to meet Asa and said to him, “Hear me, Asa, and all Judah and Benjamin: The LORD is with you while you are with him. If you seek him, he will be found by you, but if you forsake him, he will forsake you.

2 Chron 16:12 In the thirty-ninth year of his reign Asa was diseased in his feet, and his disease became severe. Yet even in his disease he did not seek the LORD, but sought help from physicians.

All the references in 15 and 16 are to King Asa and his reign.

2 Chron 17:3  The LORD was with Jehoshaphat, because he walked in the earlier ways of his father David. He did not seek the Baals,

2 Chron 19:3  Nevertheless, some good is found in you [Jehoshaphat], for you destroyed the Asheroth out of the land, and have set your heart to seek God.”

2 Chron 20:3  Then Jehoshaphat was afraid and set his face to seek the LORD, and proclaimed a fast throughout all Judah.

2 Chron 26:5 He [Uzziah] set himself to seek God in the days of Zechariah, who instructed him in the fear of God, and as long as he sought the LORD, God made him prosper.

2 Chron 30:19  who sets his heart to seek God, the LORD, the God of his fathers, even though not according to the sanctuary’s rules of cleanness [Hezekiah praying for the people].

2 Chron 34:3  For in the eighth year of his reign, while he was yet a boy, he began to seek [Josiah]  the God of David his father, and in the twelfth year he began to purge Judah and Jerusalem of the high places, the Asherim, and the carved and the metal images.

Here a few other points from these texts.

Seeking God and his commandments are not quite synonyms, but they are closely related. We see this parallel in II Chronicles 14:4 where Abijah commands Judah to seek God and keep his commandments. The two ideas are in parallel with each other.

Good leaders seek God and call those under their authority to seek God. Abijah, Asa, Jehoshaphat, and Hezekiah all called upon Israel to seek God. Parents, pastors, dare I even say it, magistrates are to call upon their people to seek God.

The opposite of seeking God is seeking help from some other source. Asa sought help from physicians instead of from God. Jehoshaphat refused to seek help from the Baals instead he sought help from the Lord.  This means prayer is one of the essential ways seek his face. We do not rely upon man or our own resources, but we cry out to the Lord to rescue and deliver us.