The Weapon of Technology

One of the more fascinating aspects of the Planned Parenthood sting has been the use of technology. Christians for years have been uneasy about technology, especially as it progressed at breakneck speed in the late 20th century. Movies, the Internet, and then social media were of great concern for Christians. Would these things become portals of sin? But now an amazing thing has happened. Christians have begun to harvest the fruit of technology for good.  Abortion is one of the great evils. One of the heads on this snake is Planned Parenthood. God has put at our disposal various technological means to help us cut off the head. 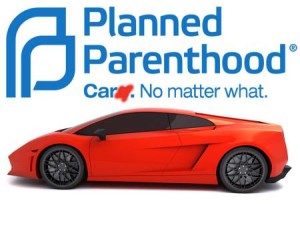 Ultrasounds
We should assume that technology over time will bear out the truth of God’s Word.  God’s Word says babies from the moment of conception are humans. We do not need technology to tell us this. But we can use technology to back up what the Scriptures say. Ultrasounds have been one of those advances in technology that has slowly eroded the abortion narrative. One group takes a mobile ultrasound unit around and parks it in front of abortion clinics. This article from 2013 says that 56% of women who have decided to have an abortion don’t when they see the ultrasound. 87% of those who were considering abortion don’t have one when they see the ultrasound.  How many babies have been saved by ultrasounds? Planned Parenthood does not want mothers see their babies on the screen. “Nothing to see here,” they say.  I wonder why?

Movies & Youtube
Christians have for years been using a visual medium to fight against abortion. In 1984 a 28 minute video called The Silent Scream was produced, which depicted an abortion and caused many to take up the pro-life cause. Francis Schaeffer, around that same time, produced a book and film with Dr. C. Everett Koop about abortion called Whatever Happened to the Human Race? Over time documentaries and films, such as October Baby, have been made that depict either the horrors of abortion or the glories of life. Youtube has been a boon. Of course, there is a ton of trash on there. But you can also watch videos from Abby Johnson former Planned Parenthood worker expose the lies of the “pro-choice” crowd.  You can also find speeches from pro-life and pro-choice politicians and leaders, testimonials from abortion survivors and unplanned children that were not aborted, etc. We should not be afraid of this. The truth is powerful. These things are not a substitute for God’s Word, but they can buttress the truth in God’s Word.

Spy Equipment
When I was young my dad had one of those huge cell phones like this:

Cameras used to be the same way, big and bulky. They took hours to set  and hours for the film to develop.  Advances in technology however have brought us to a place where hours and hours of video can be recorded by a hidden camera and published in seconds. Anti-abortion activists can use technology that Bond or Bourne would use. This is a good thing because murderers like to hide. Doctors who chop up babies do not want to be filmed. They like the dark.  The fact that mini-cameras were used to tape doctors who promote the killing of babies and sell their body parts should bring us satisfaction. Imagine what the French Resistance could have done with button cameras? What about the laws? If the man who made the videos goes to prison, it will be worth it. He has already saved the lives of many, many babies.

Social Media & Blogging
But there is no technological phenomenon quite like social media. Even if the videos from the Center for Medical Progress had been uploaded to Youtube without social media the impact would have been much smaller. Planned Parenthood is trending for all the wrong reasons. It is fascinating to watch things turn around so quickly. Several weeks ago the Christian world was reeling from the decision by the Supreme Court to force states to allow same-sex marriage. Facebook was covered with rainbows. Now Facebook and Twitter have become a war zone over abortion with the pro-life side, for now, having the upper hand. We should use all these things to save the unborn. Social media allows us to plan rallies in a few days or even a few hours. I can follow a good friend of mine who marches in front of an abortion clinic every week and pray for him. I can connect with anti-abortion folks all over the world.  I can read blogs from top Christian thinkers on these topics. Facebook, Twitter, blogs, and any other means should be used to destroy Planned Parenthood and the abortion complex. Keep the pressure on. Pursue them until they at least lose their funding, though the goal would be they go out of business. Al Mohler in his book Conviction to Lead argues that if you are not leading on social media you are not leading. Christian leaders should be grateful for these tools God has given to us. And we should use them.

There were many reasons the Reformation happened. But one of the key factors was the advent of the printing press and the ability for books to printed easier and cheaper. Luther used writing to spread his thoughts throughout the world. Calvin did the same thing. The technology available to us as Christians is enormous. What would Augustine have done with a laptop and Twitter? What would Spurgeon have done if he could rally people through Facebook? Would John Wesley have written a blog chronicling his travels as he preached? Who knows? But we have a wealth of technological gifts at our disposal. Are we using them to advance the Kingdom and tear down strongholds or are we sitting around watching the tools rust?

One Warning
Technology can help and we should use it. But it is not at the center of the battle. The center is raising our children in the Lord, loving our wives, worshiping, baptism, preaching, prayer, the Lord’s Supper, loving our neighbors, and evangelizing our communities. With all good things there is a temptation to allow them to consume us. I love Facebook, Twitter, blogging, and other avenues of growth and outreach on the Internet. But none of these compare to the value of hearing God’s Word, spending time in prayer, or reading to my children at the end of the day. As long as the center holds, we can use technology in way that honors God, loves our neighbor, and defeats His enemies. But if the center disintegrates then all the Facebooking, Twittering, and blogging will be end up being a curse instead of a blessing.