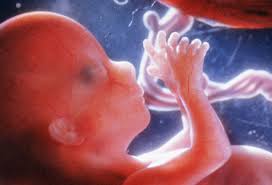 But it is important to remember that while this sting operation by the Center for Medical Progress might be a kind of D-Day, it is not the whole war. Even before these videos abortion clinics were closing on a regular basis. For decades men have been fighting against abortion through sermons, prayers, picketing, and books. I think of hundreds of pastors, including John Piper, who have faithfully preached against abortion year after year. I think of my friends Charles and Al who regularly picket in front of abortion clinics. I think of  R.C. Sproul Jr. who whenever tragedy strikes reminds us of the greater tragedy of the thousands of babies legally killed every day. I think of Francis Schaeffer and his work in the early eighties. I think of pastors who have converted women walking into death clinics and helped them raise their children. I think of all the older ladies who pleaded with God to end this atrocity.  I think of parents who have many children or who have adopted unwanted children. On and on the list goes.  We have always hated abortion. We wanted it to end. Christians are not waking up for the first time. But there is physical proof of what we have always known. Babies are being chopped up for profit. Like pictures coming out of Germany in May 1945, these videos vindicate the war. There is a reason we fight.

Thanks to all the brothers and sisters, pastors and priests, mothers and fathers, who fought in the shadows since Roe v. Wade. We are grateful for your faithfulness. May our generation be worthy of walking in your footsteps. May we look to you, our Savior, and the Word to give us strength to endure in this battle against abortion and the other battles we will face in the coming years.

I also think of all those hipster Christians who thought abortion was old news. Who got tired of the war. Who protested those who said abortion was wicked. Who were silent in the face of the holocaust. Who loved their reputation more than Jesus. We need to move on they said, after all it is legal. We should ignore the barbed wire and the smoke and the smell. We will preach Jesus, but we do not need to make a political statement. Ours is a spiritual kingdom. May their tribe decrease. May they see their folly and publicly repent of disgracing the name of Christ. They lost their moral authority when they abandoned the Scriptures. Now they have been exposed as those who ate and drank while members of their congregation and city sacrificed their children to Molech. They are hirelings (John 10:13). 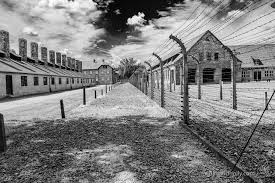 Then I think of us, the under forty generation. The battle against abortion has not been won, by any stretch. As Doug Wilson reminds us we must pursue. We must push through to Berlin. We must strike at the root, which is feminism. We must keep doing the things which matter most such as worshiping and loving God. The work we have been doing in our churches, homes, and communities we must keep doing.  We are seeing victories in the fight against abortion, which is wonderful. But these victories did not happen overnight. The war did not start with these videos. It started a long time ago. The war will not end with these videos. There are years of battle ahead of us, which is the great danger for my generation. We like quick fixes and easy answers. We lose steam fast. A few tweets and Facebook posts and we move on. But three weeks is not very long. Three years is not very long. Even three decades is not very long. Besides the abortion battle, there is sodomy, a wicked and corrupt government, a compromised church, evolution, the denial of Scripture as God’s inspired Word, the rampant sexual immorality in the church, and many other battles to fight. Abortion is but one front, albeit an important one, in our work for Christ’s Kingdom. Are we prepared for the long haul?  Will we fight for decades like our fathers did? Can we keep the pressure on year after year? Or will our attention wane and vigor wilt? Will we bend the knee to the world in the end? Will we grow weary?  I am grateful for the impact these videos are having. It is nice to win a battle now and then. But we must prepare our churches, our families, and ourselves to fight the long war. Without endurance, all that is gained will be lost.