There Are Things Worse Than Sexual Immorality 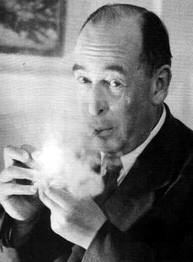 Here is the final paragraph from C.S. Lewis’s chapter on Sexual Morality in Mere Christianity. Brackets are mine. All else is his.

“Finally, though I have had to speak at some length about sex, I want to make it as clear as I possibly can that the centre of Christian morality is not here. If anyone thinks that Christians regard unchastity [sexual immorality] as the supreme vice, he is quite wrong. The sins of the flesh are bad, but they are the least bad of all sins. All the worst pleasures are purely spiritual: the pleasure of putting people in the wrong, of bossing and patronising and spoiling sport, and backbiting, the pleasures of power, of hatred. For there are two things inside of me, competing with the human self which I must try to become. They are the Animal self [sins of the flesh], and the Diabolical self. The Diabolical self is the worse of the two. That is why a cold, self righteous prig who goes regularly to church may be far nearer to hell than a prostitute. But, of course, it is better to be neither.”