Q: 9. Does not God then do injustice to man, by requiring from him in his law, that which he cannot perform?

A: Not at all, for God made man capable of performing it; but man, by the instigation of the devil,  and his own willful disobedience, deprived himself and all his posterity of those divine gifts.

Q: 10. Will God suffer such disobedience and rebellion to go unpunished?

A: By no means, but is terribly displeased  with our original as well as actual sins; and will punish them in his just judgment temporally and eternally,  as he has declared, “Cursed is every one that continues not in all things, which are written in the book of the law, to do them.”

A: God is indeed merciful,  but also just;  therefore his justice requires, that sin which is committed against the most high majesty of God, be also punished with extreme, that is, with everlasting punishment of body and soul.

It is tempting to believe that at the cross mercy triumphed over justice. We all stood condemned. God because he was such a nice God and did not want men to go to Hell, pulled a fast one and sent Jesus to earth so men could be let off the hook. And poof, mercy trumps judgment. Like a magic eraser, God takes away ours sins. But if that occurred, if God allowed the debt of sin to pass unpaid for, then God is not just. He is a trickster, who says sin is really, really bad, but I can just wipe it away without payment being made. 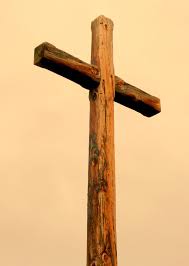 The Heidelberg Catechism Lord’s Day 4 gets at a problem that most of us do not consider. What about the justice of God? We often think on God’s grace shown to us at the cross. We know we are miserable, wretched sinners separated from God. We also know at the cross that Jesus dealt with our sins.  We focus on the mercy of God. You can see that assumption woven into Question 11. Questions 9 and 10 focus on judgement and wrath and the loss of divine gifts. But we say, “Is not God then also merciful?” In other words, “Doesn’t God’s mercy do away with all that punishment and wrath?”  Or we could say, “Doesn’t mercy triumph over justice?”

The Heidelberg’s answer is no. Mercy does not triumph over justice. God does not say, “Well mercy wins. Therefore now your sins are gone.” He does not magically remove our sins. As the next question states:

Q: 12. Since then, by the righteous judgment of God, we deserve temporal and eternal punishment, is there no way by which we may escape that punishment, and be again received into favor?

A: God will have his justice satisfied and therefore we must make this full satisfaction, either by ourselves, or by another.

God’s justice must be satisfied. At the cross, Jesus fully satisfied the demands of God’s justice. Why is it mercy? Because the Innocent stood in for the guilty. It is not mercy because God decided to make our sins magically disappear or decided to overlook how bad we were. They were really and truly paid for.

Why does this matter?

First, it matters for the character of God. This is part of Paul’s argument in Romans 3. How can a righteous God allow unrighteous men into his presence and not compromise his righteous? Here is Paul’s answer:

But now the righteousness of God has been manifested apart from the law, although the Law and the Prophets bear witness to it—the righteousness of God through faith in Jesus Christ for all who believe. For there is no distinction: for all have sinned and fall short of the glory of God, and are justified by his grace as a gift, through the redemption that is in Christ Jesus, whom God put forward as a propitiation by his blood, to be received by faith. This was to show God’s righteousness, because in his divine forbearance he had passed over former sins. It was to show his righteousness at the present time, so that he might be just and the justifier of the one who has faith in Jesus (Romans 3:21-26).

Paul says that God sent Jesus as a propitiation so God might be just (righteous) and the justifier, that is the one who makes men righteous. If God let sin slide with a wink, wink then he is unrighteous and wicked. His holiness demands that sin be paid for. Jesus did that. Therefore God is righteous and can make us righteous.

Second, it clarifies what happened to Christ at the cross. He did not die just as an example to us or to be a pipeline for God’s mercy. He did not just die to overcome death. He hung on the cross so our sins might be laid upon him. He took our sins. Behold, the Lamb of God who takes away the sins of the world. This is why we love Jesus. He did what we could not. He took God’s justice so we might be ushered back into God’s presence.

Finally, it matters for our understanding of our salvation. We can be confident that we are saved because our sins are actually paid for by Christ. They are not sitting out there, hidden away somewhere.  They have been actually taken away, actually paid for. Imagine you owed a huge debt, millions of dollars. Someone comes to you and says, “I took care of that.” Oh you mean you paid it off. No. I just took care of it. Would that make you comfortable? Would you sleep easier knowing it was “taken care of” but not paid off? My guess is no. What you need to know is that the debt is gone never to be heard from again. That is what Christ did. Jesus our substitute took our sins upon himself and fully satisfied the justice of God. All of our sins are taken away in Christ.

We think often about the mercy of God and the kindness shown to us at the cross.  But the justice of God is just as important. If God is not just then our salvation unravels. How can we trust a God who does not righteously deal with sin? How can we trust that we are truly saved if our sins have not been paid for? The cross is not a place where mercy and justice fought and mercy won. At the cross God showed us mercy by sending his Son to fully to satisfy his justice. Mercy shown. Justice satisfied. Salvation accomplished.