In their excellent book, Unchanging Witness, Professors Fortson and Grams spend a chapter recounting the capitulation of the numerous mainline denominations to the homosexual agenda, including the Episcopal Church and Evangelical Lutheran Church. But the account that caught my attention was the Presbyterian Church in the United States of America (PCUSA).

I am not an expert on the history of the PCUSA, but I believe there were serious issues, such as rejection of the authority of Scripture, rejection of the supernatural, and ordination of women, which preceded their acceptance of homosexuality. If true, their capitulation to the homosexuals was not a surprise. A denomination that ordains women is going to have a hard time barring the doors against homosexuals. Here is the timeline how the PCUSA moved to accepting gays, gay ministers, and eventually same sex marriage (Fortson and Grams p. 157-158): END_OF_DOCUMENT_TOKEN_TO_BE_REPLACED

Should Pastors Use Greek & Hebrew?

ginal languages the Bible was written in, Hebrew and Greek, have fallen on hard times in the Church. The percentage of pastors who use the Greek and Hebrew in their sermon preparation is very low. One pastor asked several other pastors who had been in ministry more than ten years if they still used Hebrew in preparing sermons. Not a single one did. Greek is probably more used than Hebrew, but no doubt there is only a small minority of ministers who use it regularly.

John Currid’s book, Calvin and the Biblical Languages, addresses this particular problem in the church by taking us back to the Reformation. He shows how the Reformation leaders were men who knew the original languages and used them in their exegesis and preaching. Going back to Greek and Hebrew was an essential part in planting the seeds of the reformation and subsequent spread of it across Europe. The book is short and worthy of your time. END_OF_DOCUMENT_TOKEN_TO_BE_REPLACED 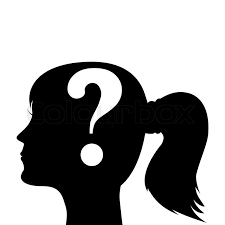 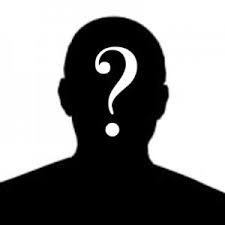 Here are ten of my favorite quotes from a book I recently read. Who/what book do you think these quotes came from?

Masculinity and femininity, being elements of the original design, radiate glory. They shine.

If the original distinction is lost-the vital one between men and women-we end up recognizing no distinction in sexual conduct. It is the logical conclusion. If sex has no transcendent meaning, what different does it make who you go to bed with? You can be promiscuous, homosexual, incestuous, bestial, or otherwise perverted. The only lasting sanctions against such behavior are based on the divine man-woman order.

Four extremely important events [in Genesis 1-2] illuminate where woman stands in relation to man: 1. She was made for man. 2. She was made from man. 3. She was brought to man. 4. She was named by man.