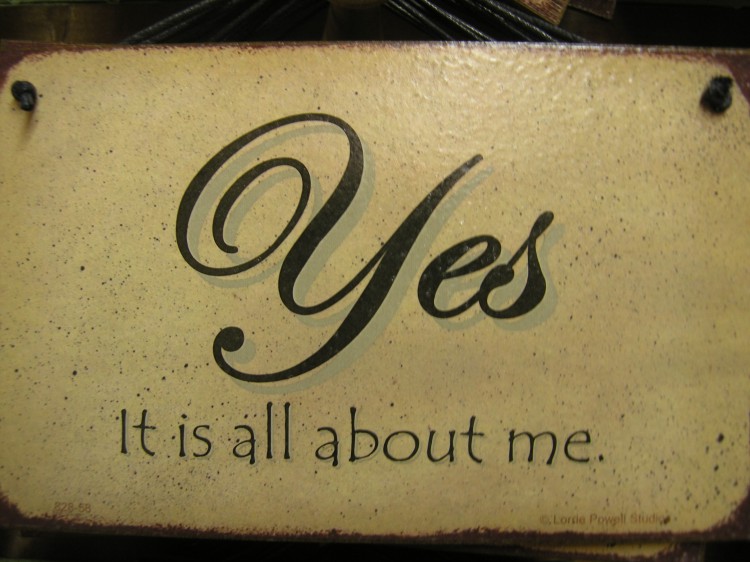 But you will say, “Isn’t the problem in our world out of control children?” Yes…in the world. However, in conservative churches the problem is usually not out of control children. The problem is parents who discipline from selfish motives. And the motives matter. The “why” is important. It is easy to assume that if our children are well-behaved we are fine parents. That is a deadly assumption and the mother of a plastic surgery Christianity, where we try to look one way, but the reality is something different. Many Christian parents cover their own selfish motives for parenting with Bible verses and pious sounding phrases. But the child knows.

A child should grow up knowing what the parent does, their discipline, their training, teaching them chores,  making them do their homework, making them sit still worship, and playing with them is done for the Lord and for the child and not for the parent’s ease and comfort. The child should know and see that the parent is sacrificing for them. The parents should be pouring themselves out for their children. By this I do not mean, spoiling them with things, though a parent should be a thoughtful and generous gift giver. But all the little acts that cost. The time spent talking and training them. The time to bath them and teach them manners. Letting them play in the mud despite the extra laundry.  Taking them to the store with you despite the extra time it takes. Reading that book again and again. Watching a movie the teenagers want to watch instead of what you want to. Taking the five year old fishing even though you will spend more time untangling lines than fishing. Teaching them chores not so you can be more productive, but so the child will grow and mature. In all these works, the parent should be sacrificing for the child. The parent should not be manipulating the child so the parent’s life will be easier.

Does this sound harsh and offensive? Only to those who think much of themselves and little of their sin. Parents, we fail at this daily. Often what we do for our children is not driven by love but by selfishness. There is good news though and yes it is Jesus. Christ came because we are failures. He came to forgive. If you are a parent and not daily confessing your heart sins there is a problem. He is faithful. He can cleanse us. But he also came to give us victory over our sins, not just forgiveness. So confess that you are too selfish with your children. Thank Jesus for his shed blood. Get up off your knees forgiven by God. Then go out and start teaching and training your children, not for your sake, but for theirs. Not to protect your reputation, but to protect their souls. Learn to ask what is best for the child and not what is easiest  for you. Pour yourself out with little thought to what you might gain. “But that is so hard and painful,” you say. Yes dying is.

Here are ten of my favorite quotes from Harry Reeder’s book, The Leadership Dynamic.

Much of today’s leadership in the church may be well intentioned, but is doomed to failure. Why? Because it is leadership that has descended into cultural accommodation propelled by the desire for the culture’s affirmation.

Church leaders who choose worldly models of leadership will eventually suffer a loss of respect and loss of voice, and so will their churches.

A leader influences others to effectively achieve a defined mission together. [Definition]

While being gifted is important, a gifted leader who lacks godliness can lead others to destruction.

Great leadership requires understanding the mission and holding to an unyielding commitment to remain faithful to it. Neither self-promotion, nor self-preservation, nor pride, nor fear, nor weariness should deter a leader from faithfully fulfilling the mission.

Great leaders take care of their people…Not only do great leaders resolutely commit to achieving the mission, but they always strive to do the best for those who serve under them and are in their care.

Greatness and effectiveness come from continually refining and building upon the basics with a commitment to excellence… Greatness seldom is a matter of exotic ingenuity but usually flows from the ability  of a leader to stay focused on the basics and execute them with excellence.

Worldly leadership is all about power, control, and personal promotion. It’s a cattle drive. Sometimes it is effective in reaching a goal, but inevitably it’s all about the leader, and those who pay the cost are the followers. Whether it succeeds or fails, it usually leaves behind unbelievable human wreckage.

Adversity yielded to the Lord can open vaults of wisdom if you choose to enter boldly and not retreat fearfully. Do not miss the moment by retreating into self-pity of self preservation, by blaming others, or by embracing anger or bitterness. Instead, seize the moment, as painful as it may be, and realize that the Lord has just rung the school bell.