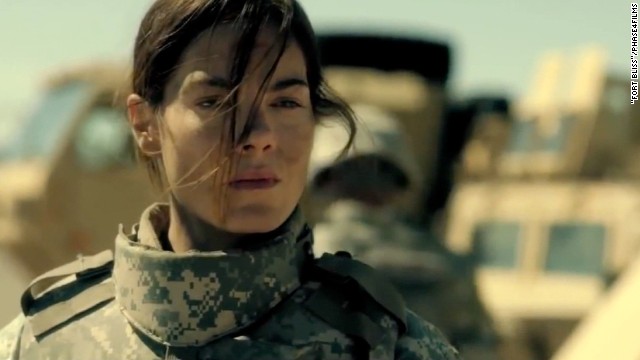 A Republican led Senate voted (85 for 13 against) Tuesday on a military policy bill that would require women when they reach the age of 18 to register for the draft.This will go into effect on January 1st, 2018.  Here are a few relevant quotes from the article. All bold is mine.

On Tuesday, the Senate approved an expansive military policy bill that would for the first time require young women to register for the draft. The shift, while fiercely opposed by some conservative lawmakers and interest groups, had surprisingly broad support among Republican leaders and women in both parties.

“The fact is,” said Senator John McCain, Republican of Arizona and the chairman of the Armed Services Committee, “every single leader in this country, both men and women, members of the military leadership, believe that it’s fair since we opened up all aspects of the military to women that they would also be registering for Selective Services.”

While most Republican senators — including Mitch McConnell of Kentucky, the majority leader, and the women on the Armed Services Committee — agree with the move, it has come under fierce attack from some of Congress’s most conservative members.

I think the change is inevitable,” said Nora Bensahel, a military policy analyst at American University’s School of International Service, “whether in this debate or through the courts. It just seems that now that you have women allowed to serve in any position in the military, there is no logical basis to say women should not be drafted.

The Senate is expected to hold its ground as conservative members defend the status quo. Mr. McCain, whose family has a long and storied history in the military and whose daughter-in-law is a captain in the Air Force Reserve, said to Mr. Cruz on the Senate floor: “I respect the senator from Texas’s view. Too bad that view is not shared by our military leadership, the ones who have had the experience in combat with women.”

This is the big “E” on the eye chart. Basic human nature 101. There are gray areas in gender debates. This is not one of them. Any country willing to send its wives, mothers, sisters, and daughters into combat has abandoned a biblical/creational sexual ethic. Pastors, professors, theologians, and Christian thinkers should denounce this move and declare it to be wicked. They should do this publicly from pulpits, on blogs, in books, articles, and any other avenue available to them. Complementarians, if they want to be more than a stepping stone to feminism, need to do the same. If you can’t declare this a sin and blight on our country and the American church, then when will you decide enough is enough? What is the line that must be crossed?

But of course, evangelicals, including Reformed ones, have given up so much ground already. If we allow easy divorce, reject motherhood and fruitfulness as glorious, praise our women for fighting fires, drug dealers, and each other in the ring, believe the highest calling of a woman is 50 hours at an office, and allow all manner of sexual sin to go unchecked then what is the big deal about sending our women to war. We abandoned them long ago.

One thought on “Abandoned Long Ago”