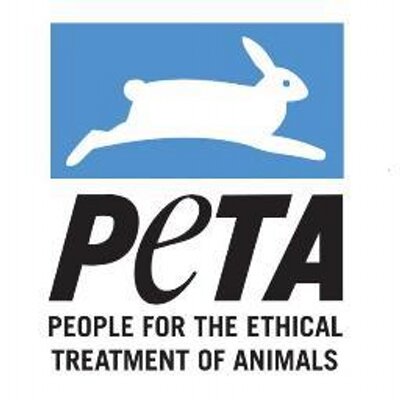 Sorry for the headline, but that is exactly what PETA has done. Apologies also for the language in the link below. The PETA ad in question begins with women describing being raped. At least that is what you are led to believe. Their hands are held down, etc. Then the ad takes a turn of epic proportions and ends with this quote:

So it isn’t about the rape of humans. It is about the rape of animals.  You can read about here.  Of course, lots of folks on Twitter got upset. But PETA refused to back down. After some kickback PETA’s official Twitter feed said this:

Acknowledging that animals are sexually abused for meat & dairy doesn’t take away from seriousness of sexual abuse of humans.

The president of PETA said this:

It is rape when someone sticks their hand into a vagina or rectum without permission,” Newkirk said. “Every decent person abhors and denounces sexual abuse of women but we cannot blithely accept the sexual abuse of other females who happen not to be human but have the same vulnerability to pain.”

A couple of thoughts on this.

First, this is a natural outworking of evolutionary theory and the rejection of God as our Creator. I am not saying everyone who believes evolution ends up here. But logically it is hard to refute. Men and animals are not distinct creatures. Man does not bear God’s image. He is an animal. This type of thinking flattens out the differences between men and animals and naturally leads to killing an animal being compared to killing a human or in this case artificially inseminating an animal is compared to raping a woman. A woman who has been raped should not under any circumstances be compared to a mistreated cow.Why? She bears God’s image. She is a human. A cow is not. That does not mean animals should be treated cruelly. But it does mean the distinction between man and animal must at all times be maintained. Sexually abusing a child is not comparable in any way to hurting an animal.

Second, has PETA ever watched animals in the wild during mating season. Not trying to be crass here, but the animal kingdom is not known for its calm, placid lead up to, participation in, or follow up to mating. Whether it is male animals warring with each other over a female, males conquering the females, females eating males after mating, etc. the animal world is filled with this kind stuff. Maybe PETA should send a animal cop out to police all the rape, murder, assault, and violence taking place in the animal kingdom. I am not sure the cows in captivity are that bad off compared to their cousins on living in the wild.

Third, how does one get permission from an animal?

Fourth, remember Hollywood, media types, etc. love PETA. This sounds so fringe and crazy  to us. But the elites love this stuff.

Finally, if breeding cows through artificial insemination is rape then of course the people (no doubt men!) doing this should be prosecuted and put away.   For PETA this is criminal behavior.

As Christians we should treat our animals with kindness. But we can kill them, eat them, help them reproduce faster to lower the cost of food, and use chemicals to help them grow faster and fatter. None of this is inherently wrong. We need to be wise about it, but breeding animals is not the same as having a harem of women and raping them to raise children. As Christians at all times we must maintain the line between humans and animals. We bear God’s image. Animals do not. Without this framework the sexual assault of an image bearer loses its gravity and horror.