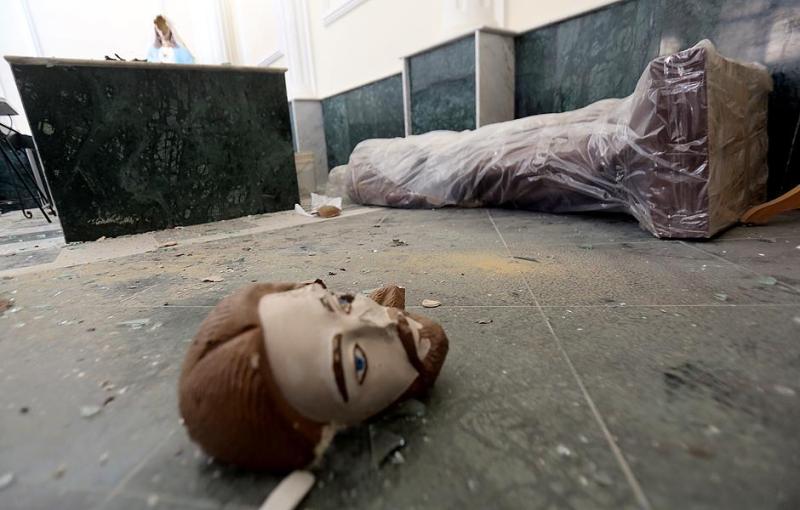 There are two issues addressed in chapter IV of The Second Helvetic Confession: whether or not Christ should be pictured in an image and whether or not we should put up images of the saints. The first issue continues to be of interest in the Reformed world. The second issue is one of the reasons Protestants are not Catholics. Despite claims to the contrary Catholics and Orthodox continue to use images, relics, etc. in a way that is unbiblical. Here is what the confession says about these two issues.

IMAGES OF GOD. Since God as Spirit is in essence invisible and immense, he cannot really be expressed by any art or image. For this reason we have no fear pronouncing with Scripture that images of God are mere lies. Therefore we reject not only the idols of the Gentiles, but also the images of Christians.

IMAGES OF CHRIST. Although Christ assumed human nature, yet he did not on that account assume it in order to provide a model for carvers and painters. He denied that he had come “to abolish the law and the prophets” (Matt. 5:17). But images are forbidden by the law and the prophets” (Deut. 4:15; Isa. 44:9). He denied that his bodily presence would be profitable for the Church, and promised that he would be near us by his Spirit forever (John 16:7). Who, therefore, would believe that a shadow or likeness of his body would contribute any benefit to the pious? (II Cor. 5:5). Since he abides in us by his Spirit, we are therefore the temple of God (I Cor. 3:16). But “what agreement has the temple of God with idols?” (II Cor. 6:16).

IMAGES OF SAINTS. And since the blessed spirits and saints in heaven, while they lived here on earth, rejected all worship of themselves (Acts 3:12 f.; 14:11 ff.; Rev. 14:7; 22:9) and condemned images, shall anyone find it likely that the heavenly saints and angels are pleased with their own images before which men kneel. uncover their heads, and bestow other honors?

But in fact in order to instruct men in religion and to remind them of divine things and of their salvation, the Lord commanded the preaching of the Gospel (Mark 16:15) – not to paint and to teach the laity by means of pictures. Moreover, he instituted sacraments, but nowhere did he set up images.

THE SCRIPTURES OF THE LAITY. Furthermore, wherever we turn our eyes, we see the living and true creatures of God which, if they be observed, as is proper, make a much more vivid impression on the beholders than all images or vain, motionless, feeble and dead pictures made by men, of which the prophet truly said: “They have eyes, but do not see” (Ps. 115:5).

LACTANTIUS. Therefore we approved the judgment of Lactantius, and ancient writer, who says: “Undoubtedly no religion exists where there is an image.”

EPIPHANIUS AND JEROME. We also assert that the blessed bishop Epiphanius did right when, finding on the doors of a church a veil on which was painted a picture supposedly of Christ or some saint, he ripped it down and took it away, because to see a picture of a man hanging in the Church of Christ was contrary to the authority of Scripture. Wherefore he charged that from henceforth no such veils, which were contrary to our religion, should be hung in the Church of Christ, and that rather such questionable things, unworthy of the Church of Christ and the faithful people, should be removed. Moreover, we approve of this opinion of St. Augustine concerning true religion: “Let not the worship of the works of men be a religion for us. For the artists themselves who make such things are better; yet we ought not to worship them” (De Vera Religione, cap. 55).

Several items of note from these paragraphs.

First, no images of God can be made. This is forbidden by the second commandment.

Second, the confession takes the majority reformed view that pictures of Christ are forbidden.I lean this way for reasons which I will post later. There are many who disagree with this point. They believe that Christ can be pictured, but the image is not be worshiped or used in worship.

Third, images of saints, in keeping with the reformed tradition are forbidden. The reason is four fold in the confession:

Finally, I have no idea why the last paragraph says, “Epiphanius and Jerome” when it refers to Epiphanus and Augustine.