Earlier I looked at the first just criteria for going to war, just cause. Here is the second in the words of Charles and Demy.

Right Intention: Morally guided force will seek to advance a greater good and secure a greater peace then heretofore had existed. Aquinas insists that belligerents should have a right intention “so that they intend the advancement of good, or the avoidance of evil.” “It may happen,” he notes, ” that war is declared by the legitimate authority and for a just cause, and yet be rendered unlawful through wicked intention.” Unjust war is perhaps best illustrated by what does not constitute right intention. Such scenarios include a sovereign’s pride or reputation, vengeance, national aggrandizement, blood-thirst or lust for power, and territorial expansion. For war to be just, its aim must be a greater good, and that greater good is justly ordered peace…A just response acknowledges the greater goal of a just peace and goes beyond sentiments of hatred and vengeance that are so typical of human behavior. It is cognizant that anything apart from just cause negates the morality of the response.

Again, referring back to my last post, this criteria assumes a moral standard that can be determined through time and wisdom. Many of us look at this criteria and throw up our hands saying, “Who can really know if an intention is good or bad?”  But this assumes no moral standard or at the very least an inability to determine right from wrong in concrete situations.

One more thing to remember is that this is not the only criteria. In other words, good intentions are not enough to make a war righteous. Many a country has violated other just war criteria by declaring that their motives are good. 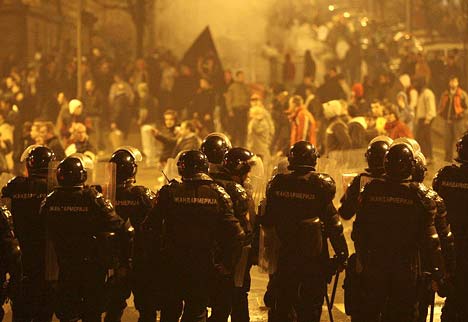 I know very little about the situations I see on television or read in the news. Therefore I try to avoid quick responses to situations like police shootings. We see one minute of someone’s life and we assume we know everything we need to know about it. But we actually know very little. Quick responses are rarely helpful and they usually come back to bite the writer.  However, I thought I would post some general thoughts on the situations in Tulsa and Charlotte.

There are other problems that need addressed, such as the emasculating effect of welfare, the overreach of the government, home economics in the broadest sense, and the rampant antinomianism, liberalism, and feminism that infects the American church. But a post on those will have to wait for another day.  None of us want to keep seeing riots and shootings on our social media feeds. The solutions are not dramatic. Perhaps that is why so little time is devoted to them. Worship rightly. Read, love, and obey the Word. Love your spouse. Raise godly kids. Work hard. Trust in God. Repent of your sins. Love the people in your community and church. Here is where and how change happens. 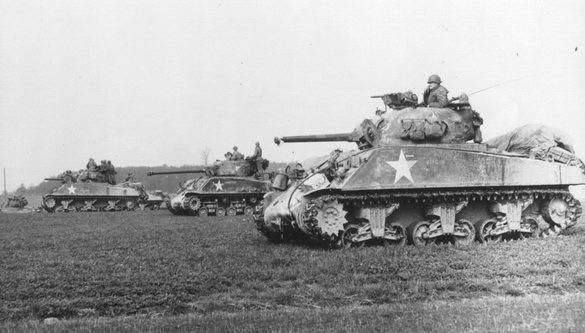 There are two different types of just-war criteria. First, there is criteria for going to war. What conditions are necessary to enter a war righteously? Second, there is the criteria for conducting a just war. What is righteous when waging war?  It is possible to violate the first,  in other words go to war for an unjust reason, but conduct the war in a just manner. There are three criteria that just-war thinkers use to determine whether or not going to war is just. Here is the first. This entire quote is from Charles and Demy’s book War, Peace, and Christianity.

Just Cause. To establish the justness of a cause is to make fundamental moral distinctions-for example between innocence and guilt, between the criminal and punitive act, between retribution and revenge, between egregious human-rights violations (“crimes against humanity”) and the need for humanitarian intervention to restore basic human rights. In principle, just cause is motivated by two chief concerns: to rectify injustice or to prevent injustice; hence Aquinas can argue that “those who are attacked are attacked because they deserve on account of some wrong they have done.”

As fundamental as this idea is to Christianity and to humanity, in our age it difficult to swallow. Why? Many people, even Christians, are not sure objective truth can even be discovered. Can we really tell who is right and who is wrong? Aren’t all sides wrong in a war?  Aren’t we just talking about degrees of guilt with no real innocence? Who can even determine if a cause is just or not? Relativity has infected us to such a degree that many Christians not only cannot tell the difference between innocence and guilt, they are not sure such a difference even exists, at least in the practical area of day to day life.

As I read Charles and Demy’s book one thought that struck me over and over again was that just-war thinking only works in a world of objective truth. If we cannot know what is true and good then justice is lost. For just-war thinking to prevail there must be a standard of guilt and innocence and the belief that with time and wisdom we can determine who the guilty party is in a conflict.

True Peace is a By-Product of Justice

I am going to put quotes on my  blog from Charles and Demy’s book War, Peace, and Christianity from time to time. I found the book helpful in giving some of the basics of just war thinking and how it is different from pacifism and war hawks.  In this quote they lay out the idea, which is repeated throughout the book, that the aim of just war thinking is a a peace that comes from justly/righteously ordered human relationships. There can be a unjust peace and a just war. All punctuation and formatting is their’s except brackets.

Just-war thinking is not concerned first and foremost with military tactics and strategy. Nor does it serve as justification for any or all military conflict. Rather, it is an approach to statecraft that view peace as not only possibly but morally obligatory as a by-product of justly ordered human relationships. Peace, in this light, is not to be understood merely as the absence of conflict; it is rather the fruit or consequence-the by-product-of a justly ordered society. At its best, the just war tradition has worked to forge moral and political links between the limited use of armed force and the pursuit of peace, security, justice, and freedom. This linkage rests on a foundational assumption: that morality and politics “do not exist in hermetically sealed compartments of life. Rather, the tradition insists that there is one indivisible human universe of thought and action, a universe that is…inescapably moral and inescapably political.” [Citing George Wiegel]

The just-war position, then, is an account of ordering society in a manner that “places politics within an ethically shaped framework” and commits its citizens to debates “whenever and wherever a resort to force is contemplated.” [Citing Jean Elshtain] As such, just-war moral reasoning can be formulated according to basic assumptions about human nature that guide our social and political arrangements. Just war reasoning

A Presumption Against Injustice, Not War 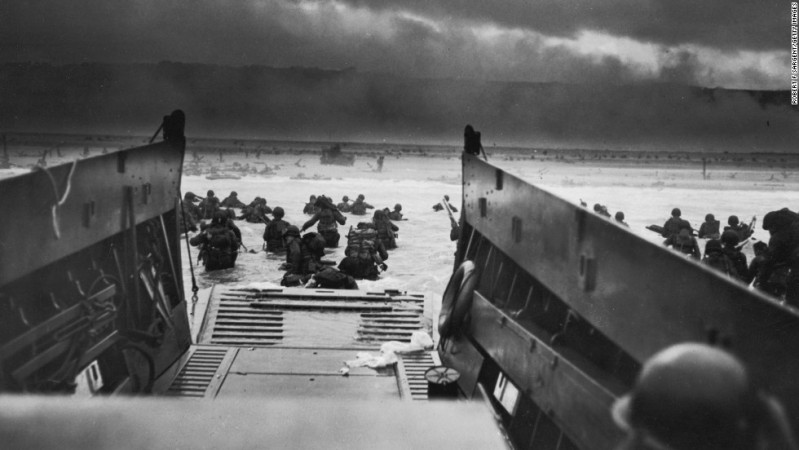 One of the key insights from Charles and Demy’s book is the shift in just-war thinking since World War II. The just war tradition used to proceed on a presumption against injustice. When injustice occurred coercive force could be used to correct that injustice. The use of coercive force would not only be just, but a necessary act of love. We all understand this in domestic situations. If a man steals another man’s car an injustice has occurred. Force could be used to correct that injustice. To allow the thief to go free for the sake of peace is morally repugnant.

But since WWII there has been a move or rather a subversion of just-war thinking where now the presumption is not against injustice, but against force, violence, and war itself. The authors spend quite a bit of time addressing this shift. They do not see it has  good one. It is not in keeping with just-war tradition and most importantly sides with the oppressor and leaves the weak trodden underfoot. Here are a few quotes from early in their book which address this shift.

Thus already in 1960, Roman Catholic theologian John Courtney Murray could write that the use of force was no longer considered a moral means for redress of violated legal rights. The justness of the cause, he worried, has become “irrelevant, ” and [the words in quote marks are from Murray. Bold mine]

“There simply is no longer a right of self-redress; no individual state may presume to take even the cause of justice into its own hands. Whatever the grievance of the state may be, and however objectionable it may find the status quo, warfare undertaken on the sovereign decision of the national state is an immoral means of settling the grievance and for altering existing conditions.” [End Murray quote]

What Murray conceded is applicable to the present day. There exists today-perhaps less so among laypersons but overwhelmingly so in academic circles and in many religious circles-a presumption against war and force in general rather than a presumption against injustice.

After citing numerous sources that agree with this shift, including the 1983 statement by the U.S. Catholic Bishops The Challenge of Peace, Charles and Demy say this

The authors assume that peace is the starting point for thinking about justice and that force cannot be a moral entity…the just-war tradition, however, proceeds on a different assumption. Without justice, peace itself can be illegitimate. Again, in the words of Aquinas, “peace is not a virtue, but the fruit of virtue.” The animating spirit of just-war thinking, properly understood, is that “social charity comes to the aid of the oppressed.” [Citing Paul Ramsey] Therefore, if we categorically rule out the possibility of war or coercive force, we then categorically rule out intervention, which may on occasion be an requirement of love rightly construed. The just-war tradition, hence, strongly qualifies “peace” by acknowledging that if this “peace” is not justly ordered, it may well be illegitimate, even oppressive…As thinkers such as Aquinas and Suarez argue, those who wage war in just manner are not opposed to peace, unless, of course, it is an evil peace.

The authors of these sundry statements [denominational papers against war] mistakenly assume that the just-war tradition begins with a presumption against war; however, this reveals a basic misunderstanding of the tradition.  In its moral justification, the classic just-war position issues out of a presumption against injustice and evil…The just-war position proceeds on the assumption that coercive force per se is not evil and that its application depends on the moral character of those employing it. Correlatively, it understands that there are occasions arising from gross injustice in which, reluctantly, we may need to apply coercive force, even if this means going to war, for the protection and preservation of a third party.